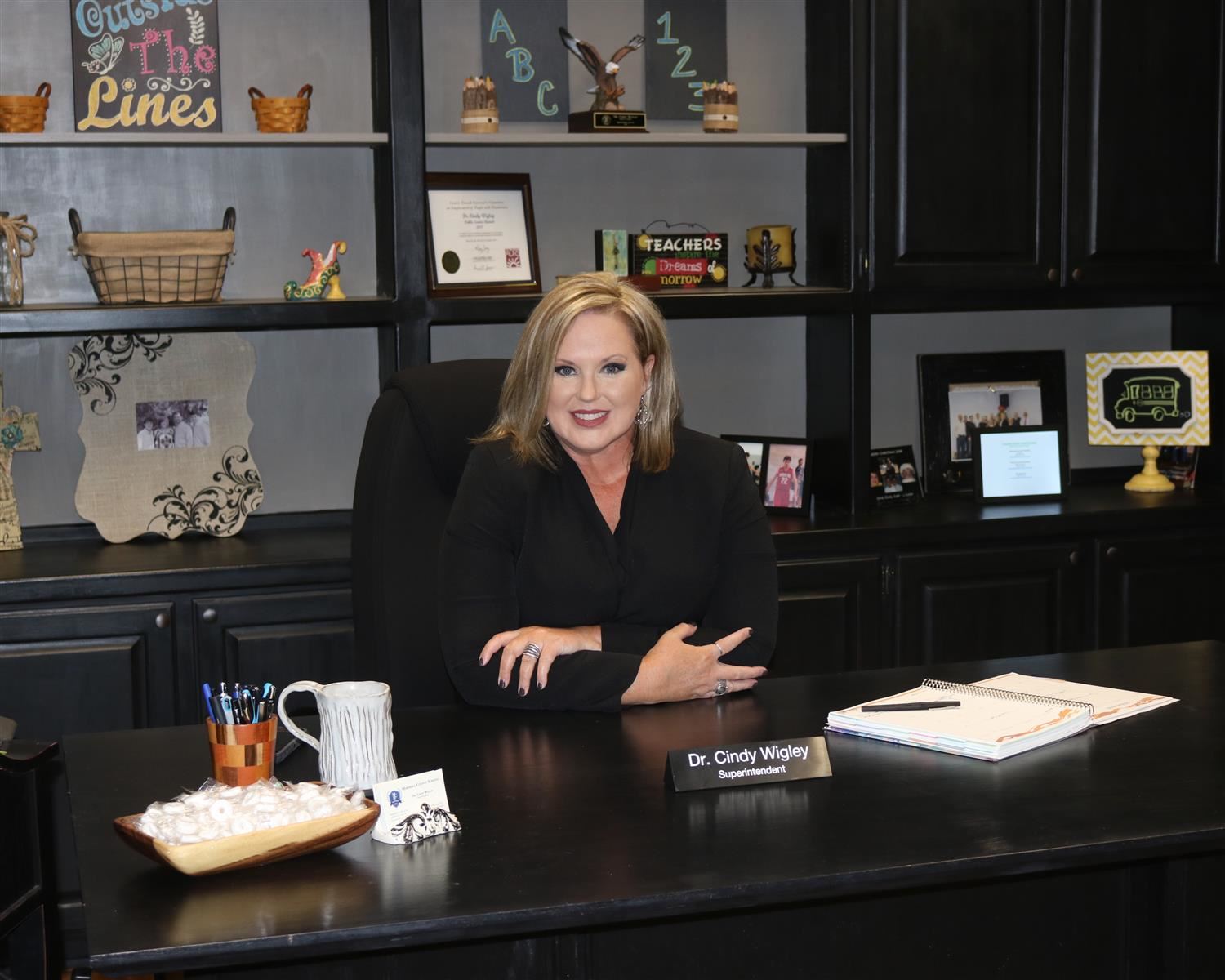 Dr. Cindy L. Wigley has served as superintendent of the Marshall County School District since January 2015. The school district is Marshall County’s largest of the five systems, with approximately 5,665 students, 14 schools, and 80 bus routes. With more than 24 years of experience in the system, Wigley is proud to lead the system of her hometown.

Marshall County School’s students, 75 percent of whom receive free and reduced-price lunches, annually earn more than $4 million in college scholarships. Since 2014, graduates have achieved a 200% increase in industry-recognized credentials before entering the workforce. The student graduation rate is at 88% and the teacher retention rate is at 98%. In 2018, Marshall County Schools was recognized for being in the top rankings of school systems in the State of Alabama for safety.

Wigley started her educational career as a preschool/high school teacher at Marshall Technical School. For nine years, she taught Early Childhood Education to high school students and also had a preschool lab of children, three-year-olds in the morning and four-year-olds in the afternoon. Wigley went on to become the assistant principal/program director. The next year, she became the principal/CTE director of Marshall Technical School, where she remained for ten years. In November of 2014, Wigley was elected to serve as Superintendent of Marshall County Schools. During her first four years as Superintendent, Wigley has led many changes within the district, earning an award from the Alabama Department of Rehabilitation Services for her initiatives with special needs children and a recognition from Schneider Electric for a district-wide energy savings project projected to save the district over 16 million dollars during the next 20 year period. The district has received 10 new roofs at 7 schools, added air conditioning to three high school gymnasiums, a ten-classroom addition, and a football stadium. The art programs received more awards than any other in the congressional district. A new peer helper program is underway and peer leaders have been trained to assist their peers in times of crisis, loss of family members, and everyday teen issues.

Wigley is a product of the Marshall County School District, where she attended continuously from kindergarten until her graduation from Douglas High School in 1991. She attended Snead State Community College, Jacksonville State University, Auburn University, and the University of Alabama. She earned a bachelor’s and a master’s degree in Family and Consumer Sciences Education, an ED.S. degree in Educational Administration, and a Doctorate in Educational Leadership.

Welcome to Marshall County Schools. If you need me, please contact me and I will respond in a timely manner.